Thomas Enqvist beat Tim Henman in a thrilling final today to be crowned champion at the Brodies Invitational at Gleneagles in front of sell-out crowd of tennis fans.

The former world No.4 clinched the title with a narrow 7/5, 2/6, 11/9 (match tie-break) win over the former British No.1 at The Gleneagles Tennis Arena – the culmination of the two-day legends tournament jointly organised by Brodies LLP and The Gleneagles Hotel.

Enqvist, a former Australian Open and Davis Cup finalist, said: “It was great fun playing against a stellar line-up and I’m delighted to have won the title after such a hard-fought final against Tim. We’ve had a great couple of days at Gleneagles and are so grateful to the hundreds of tennis fans who turned out to cheer us on.

“Andy Murray’s success has given Scottish and British tennis a tremendous boost and the juniors were really impressive – there are some very talented young tennis players in Scotland who have a bright future ahead of them.

“We’d like to thanks Brodies, Gleneagles, sponsors and supporters for putting on such a tremendous event. I look forward to playing in Scotland again in the future because we always have such a great time here.”

The tournament also encouraged grass-roots involvement in the game. Supported by Tennis Scotland and Judy Murray, the Brodies Invitational saw some of the legends compete with Scotland’s most talented junior players, join Judy and local schoolchildren in a ‘Tennis on the Road’ session, and help raise money for the Elena Baltacha Foundation, which aims to give children from all backgrounds the opportunity to take part in the sport.

Judy said: “I’ve been delighted to be an ambassador for the Brodies Invitational tournament. Tennis fans have had an opportunity to see a fabulous line-up of former champions at the Gleneagles Arena, and to see some of our most promising juniors in action. The tournament has brought world class tennis to Scotland and given the kids an opportunity to play against legends in front of a sell-out crowd.”

Bill Drummond, Managing Partner of Brodies, said: “I have been really impressed by the standard of play during the course of the tournament and it has been a delight to see Tim, Greg, Pat, Thomas, Cédric and the Scottish juniors show off their skills. They’re a great group of players and it has been a pleasure to see the legends compete in Scotland alongside some of our best up-and-coming youngsters – hopefully the Scottish tennis greats of the future.

“I hope that everybody here today has enjoyed the tournament as much as I have and I would like to thank all the players for putting on such a great show and, above all, the hundreds of tennis fans who have joined in the fun, cheered on the players and made the Brodies Invitational such a success.”

Bernard Murphy, Managing Director of The Gleneagles Hotel, said: “It’s been a pleasure to host and support this fantastic event, which has not only given our guests the opportunity to be entertained by great tennis, but also provided inspiration to many young players from the local community – who’ve been able meet and play with tremendous role models for the sport.

“Gleneagles has a long association with tennis, dating back to the 1920s when outdoor tennis was a popular activity with hotel guests. As Perthshire’s only public indoor tennis facility, The Arena builds on this great tradition, promoting sports participation and supporting the development of Scottish tennis.”

David Marshall, Chief Executive Officer of Tennis Scotland, added: “This was once again a fantastic event that demonstrates the current high profile of the game in this country. The atmosphere has been fantastic for all of the matches. Giving some of our top juniors the opportunity to compete with and against guys who not that long ago were up there among the best in the world was hugely beneficial for their development and will undoubtedly encourage others to play more tennis more often.”

The tournament was also supported by the John Clark Motor Group, one of Scotland’s largest car dealership businesses, and the full service marketing agency The Gate. 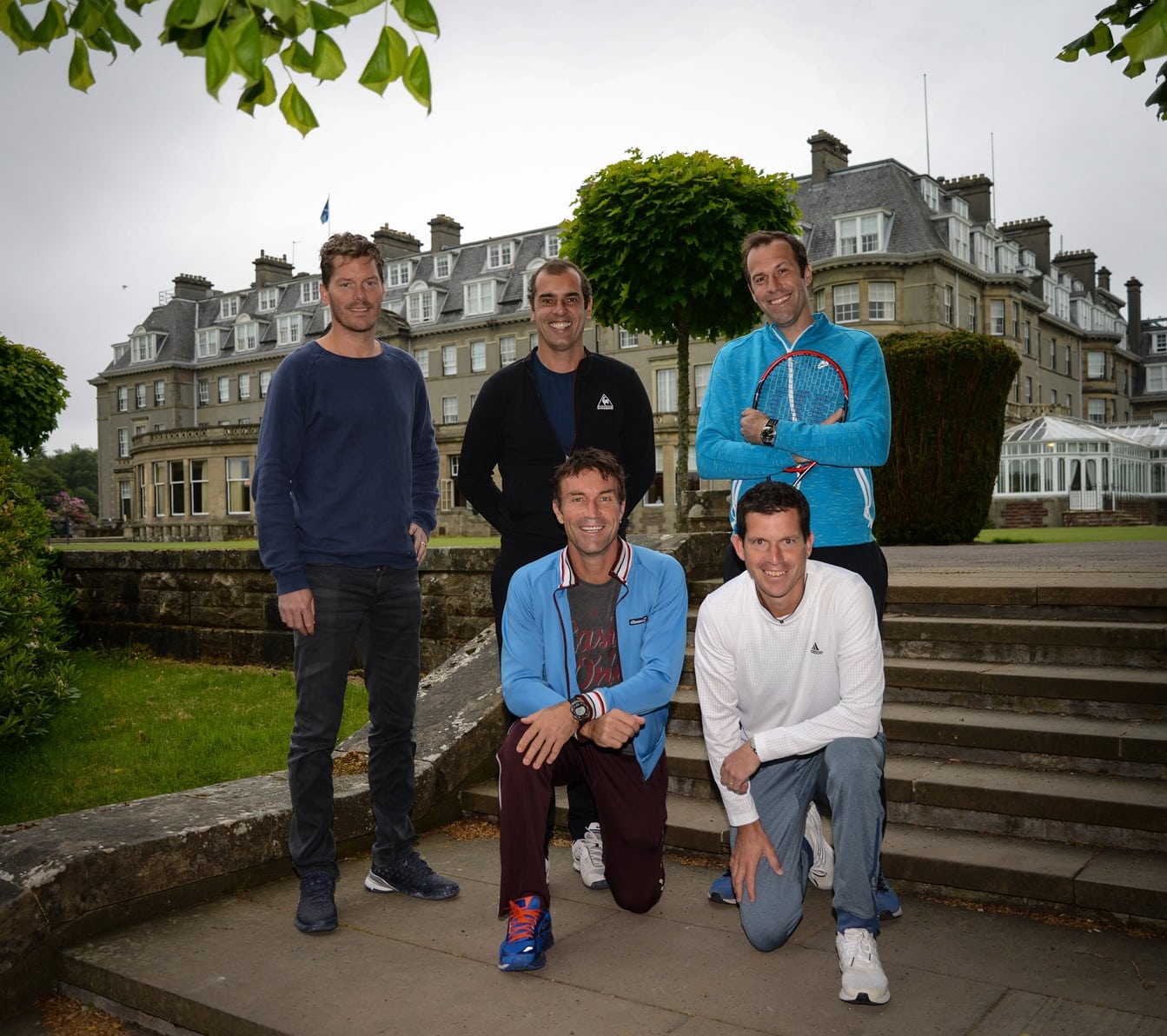