Four of Scotland most talented junior players will take part in the Brodies Invitational at Gleneagles.

All four will feature in the junior mixed doubles match on Friday 16 June at 3.30pm, with two of them also getting the chance to showcase their skills against legends of the game in an exhibition doubles match on Saturday 17 June at 2pm.

Connor Thomson, 16, of Beaconhurst School, Bridge of Allan, and Maisie Wood, 14, of George Watson’s College, Edinburgh, will team up against Charlie Miller, 14, of Merchiston Castle School, Edinburgh, and Alexandra Hunter, 17, of George Watson’s College, Edinburgh, in the mixed doubles match on Friday 16 June. All four of the youngsters are part of Tennis Scotland’s National Development Programme, run by National Coach Colin Fleming.

Connor and Charlie will then partner with Tim Henman, Thomas Enqvist, Xavier Malisse or Mats Wilander in the Junior/Legends exhibition doubles ahead of the ATP Champions Tour Final. 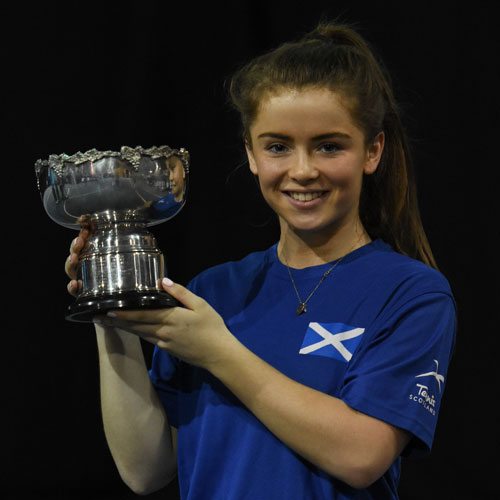