Six of Scotland’s most talented junior players are to compete at the Brodies Invitational at Gleneagles, with two of the youngsters taking on the legends in a doubles match at the two-day festival of tennis on 10/11 June.

The youngsters, who include a Commonwealth Youth Games medallist and ITF Junior Champion, will test their skills against a former Wimbledon finalist, a Davis Cup winner and Grand Slam finalists, in front of hundreds of tennis fans at the hotel’s indoor arena.

Jacob Fearnley, 14, of Merchiston Castle School, Edinburgh, and Maia Lumsden, 18, of the University of Stirling, will team up against Connor Thomson, 15, of Gryffe High School, Houston, Renfrewshire, and Alexandra Hunter, 16, of George Watson’s College, Edinburgh, in mixed doubles matches on Friday, 10 June and Saturday, 11 June.

Aidan McHugh, 15, of St Aloysius’ College, Glasgow, and Ewen Lumsden, 16, of Beaconhurst School, Bridge of Allan, will then partner with Tim Henman, Greg Rusedski, Thomas Enqvist or Cédric Pioline in a doubles exhibition match ahead of the legends’ final on Saturday, 11 June.

The tournament, which is organised by Brodies and supported by Gleneagles, Tennis Scotland and Judy Murray, aims to encourage grass-roots involvement in the game. The legends will also join Judy and local schoolchildren in a ‘Tennis on the Road’ session, and help raise money for the Elena Baltacha Foundation, which aims to give children from all backgrounds the opportunity to take part in the sport.

Aidan and Ewen are two of the most promising youngsters in Tennis Scotland’s national player development programme. Both were selected for the three-man Great Britain 16-and-under team that qualified for the Tennis Europe Winter Cup in France earlier this year.

Ewen Lumsden won two silver medals (boys’ singles and mixed doubles) at the 2015 Commonwealth Youth Games in Samoa, while Aidan McHugh has been one of Britain’s form junior players over the past year. He has won ITF Junior titles in Dubai, Liverpool and Nottingham and also reached the final in Qatar. Both are coached by Toby Smith, brother of Great Britain’s winning Davis Cup Captain Leon.

One of the legends competing at the event, former grand slam finalist Thomas Enqvist, said: “I’m really looking forward to playing with the Scottish juniors – I know that there’s a huge pool of talent in Scotland, and it will be great to go up against some of the game’s up-and-coming stars.

“Tim, Greg and I have all benefitted hugely from playing tennis, so it’s great to be able to help encourage young people from all backgrounds to take up the game. The work being done by Brodies and Tennis Scotland to get kids playing sports is impressive, and I’m sure the Brodies Invitational will make a significant contribution.”

Bill Drummond, Managing Partner of Brodies, said: “We’re pleased to be able to support some of Scotland’s most talented young tennis players by giving them the opportunity to showcase their skills and take on former champions at the Brodies Invitational. The development of grassroots tennis in Scotland is a cause close to our hearts and we want to encourage young people to take up the game and, hopefully, follow in the footsteps of Andy Murray.

“Ewen and Aidan are two of the country’s most promising youngsters, and I have no doubt that they’ll give the legends a run for their money. I hope all the Scottish juniors will have fun, learn from the legends and enjoy an experience that they will never forget.”

David Marshall, Chief Executive of Tennis Scotland, said: “This is a great opportunity for these players, and we’re delighted that the Brodies Invitational is giving them this unique opportunity. By meeting and playing alongside former champions, we’re sure that this experience will be something that helps them become better players in the future.”

Tickets for the Brodies Invitational are priced £39.50 for adults and £20 for children. To book, please click here. 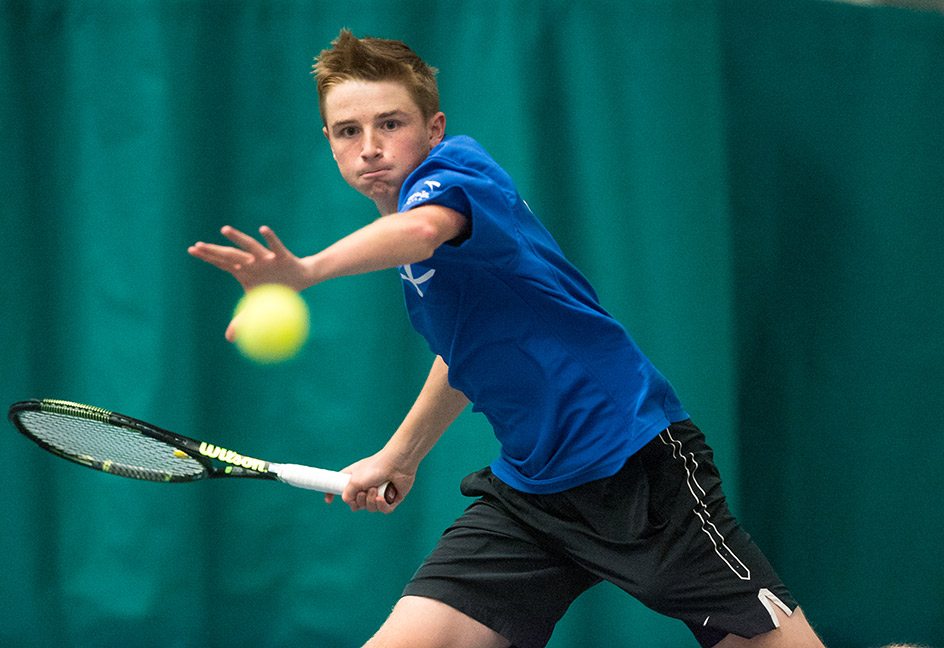