Scotland’s favourite tennis mum and coach, Judy Murray, will deliver a masterclass with some of the country’s most promising junior players at the Brodies Invitational this summer.

The event, which is the only Scottish fixture on the prestigious ATP Champions Tour and takes place from the 13 – 15 June at the Gleneagles Arena, will give spectators a unique insight into the world class skills that have made Judy one of the most respected coaches in tennis. Presenting live on the Brodies Invitational centre court on Thursday 13 June, Judy will explain some of the key techniques and skills required by our junior players to reach the top of the game.

Judy is the latest tennis great to add her support to the event, which will see former British No. 1 Tim Henman, former World No. 1 Juan Carlos Ferrero, former World No. 4 and 2016 Brodies Invitational Champion, Thomas Enqvist, former World No. 5 Henri Leconte and eight-time ATP World Tour doubles champion and Fed Cup coach, Colin Fleming take to the court in three days of competitive and entertaining tennis.

In line with Brodies’ commitment to support grassroots level sport, The Judy Murray Foundation has been named as the event’s charity partner. Launched in 2018, the Foundation aims to bring tennis to rural and disadvantaged areas of Scotland. Its strategy is to build workforces in local communities by training youth and community workers, teachers, parents, students, club members, coaches of other sports and volunteers to deliver starter coaching and competitions, in whatever space they have available.

The Foundation is already working with communities in Inverclyde, rural Aberdeenshire and the East End of Glasgow. In each project, the Foundation has given a three-year commitment to run a series of bespoke workshops and events that relate to the needs of each specific project and partnering with other local organisations and charities who have similar aims.

In her role as Foundation Trustee, Judy Murray said: “It’s so important to encourage children to be active and support them at grassroots level, whatever sport they want to play. The goal of the Foundation is to create opportunities for children and adults to try tennis, by building workforces in local communities and training parents, teachers, students, youth leaders and club members to deliver starter coaching and competition in whatever space is available.

“Brodies recognises the importance of that investment in grassroots and so we’re delighted that the Brodies Invitational will be supporting the Foundation this year. While the event showcases world class tennis on your doorstep it is also about making tennis accessible and giving some of Scotland’s most promising juniors a chance to rub shoulders with legends of the game and compete in front of a large crowd.

Nick Scott, managing partner of Brodies, said: “Judy has been a long-term supporter of the Brodies Invitational and we are very pleased that she has pledged her support again this year. Attendees will be able to get a unique insight into her world-class coaching skills, which is something new for the event.

“We are also delighted to support the Judy Murray Foundation both as our charity partner and in pro-bono legal support. If we want to see world-class sport here in Scotland we have a responsibility to ensure that children and young people have the facilities to try and learn. The Foundation has already made considerable progress in the 12 months since its launch and we are proud to support its commitment and ambition.” 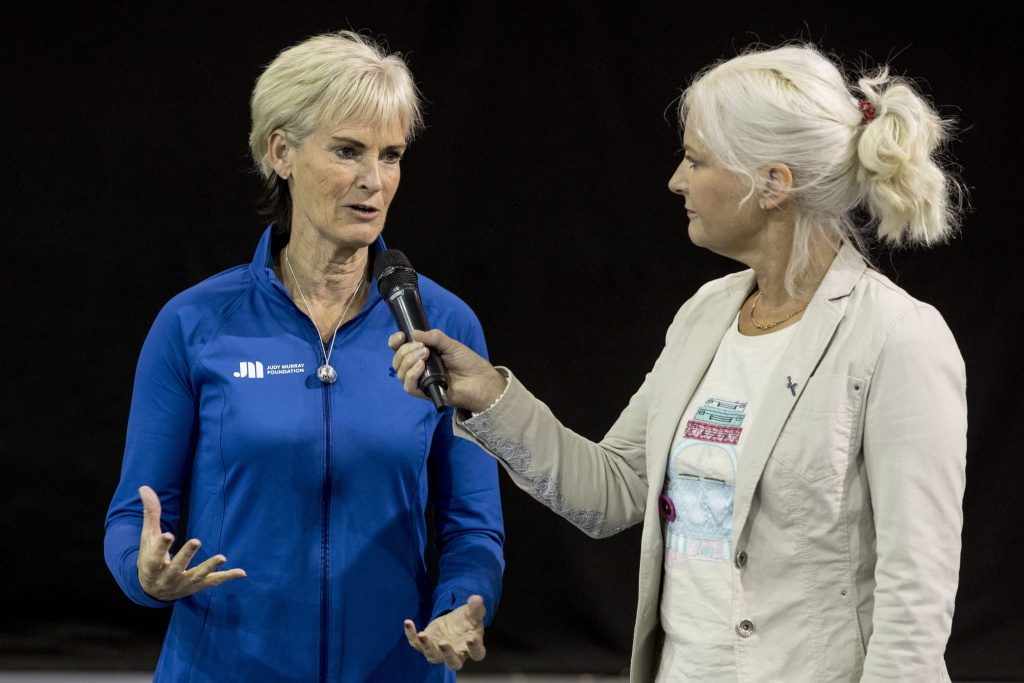