Former Wimbledon Champion Pat Cash is to return to the Scotland to join fellow legends Tim Henman, Greg Rusedski, Thomas Enqvist and Cédric Pioline at the Brodies Invitational at Gleneagles on June 10/11.

The Davis Cup winner and two-time Australian Open finalist will compete alongside the former Grand Slam finalists and British number one at the must-see Scottish tennis event of the summer.

Pat, famous for his trademark black and white headband and tough serve and volley game, is best remembered for his stunning victory over the then world number one, Ivan Lendl, in the 1987 Wimbledon final. In total, he won seven career singles titles and two Davis Cups, peaking at a career high of number four in the world.  He remains one of only four players to win both the boys and men’s Singles title at Wimbledon.

Pat said: “I can’t wait to get back on court at Gleneagles to compete in the Brodies Invitational. I had a tremendous time last year playing with Thomas and Greg in the new indoor arena and I’m sure we’ll produce some more top-class tennis for all the fans to enjoy.

“The facilities at Gleneagles are great and I was bowled over by the enthusiastic response from the crowd, particularly the young supporters who cheered me on. After all the fun I had in Scotland last year this was an opportunity too good to miss.”

Bill Drummond, Managing Partner of Brodies, said: “It’s great that Pat, who is such a skilled player and favourite with the fans, is going to join us again. He’s one of the most charismatic players on the Champions Tour, great fun to watch, and, of course, an insightful commentator on today’s game. It speaks volumes about Scotland as a top class sporting destination that players of his calibre are jumping at the chance to play here and show off their skills. ”

Tickets for the Brodies Invitational are priced £39.50 for adults and £20 for children. To find out more and book, please visit www.brodiesinvitational.com. 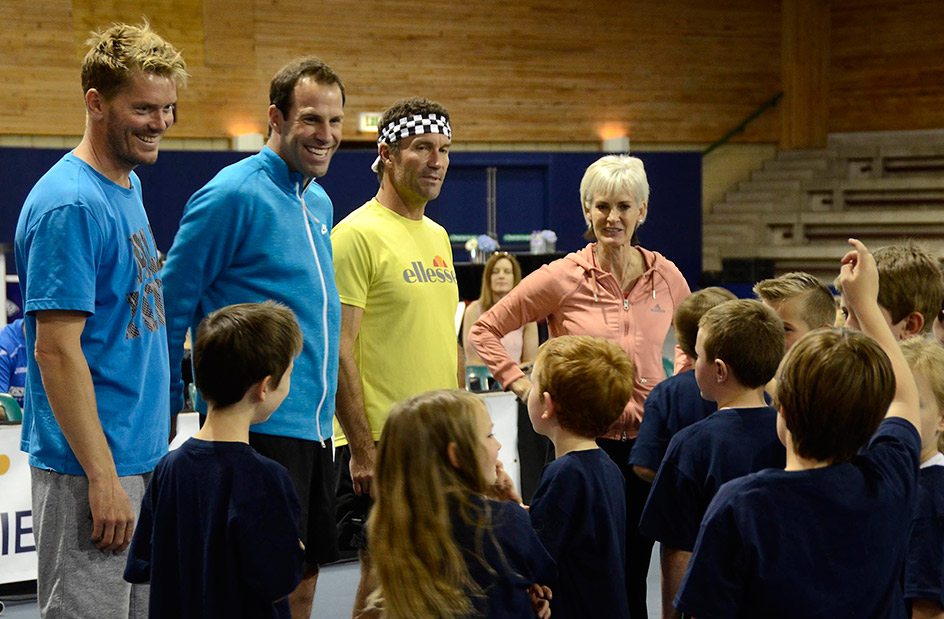