Judy Murray has been announced as the official ambassador for the Brodies Invitational tournament taking place at Gleneagles this June.

She will also be bringing her highly successful ‘Tennis on the Road’ program to the event, with a special session involving the tennis legends on the second day. Tennis on the Road aims to get kids active and to help further kick-start and develop tennis in Scotland by giving parents, coaches and teachers the tools needed to introduce them to the game.

The session being held at the Brodies Invitational will see local kids from Auchterarder take part in a tennis session, and have an opportunity to play with some of the legends of the game.

“I’m delighted to be an ambassador for the Brodies Invitational tournament, and to help bring more world class tennis to Scotland. There’s a fabulous line-up of former champions coming to the Gleneagles Arena which is great news for tennis fans. And some of our most promising juniors will be on show too. That’s a wonderful opportunity for the kids to rub shoulders with some of the world’s greats and play in front of a big crowd.

“I’m also looking forward to bringing tennis on the road back to the Gleneagles arena during the Brodies Invitational. The programme is all about building a tennis workforce and bringing the game to young people across Scotland who may not otherwise have the opportunity to play. Brodies’ support will help us do this during the event.” 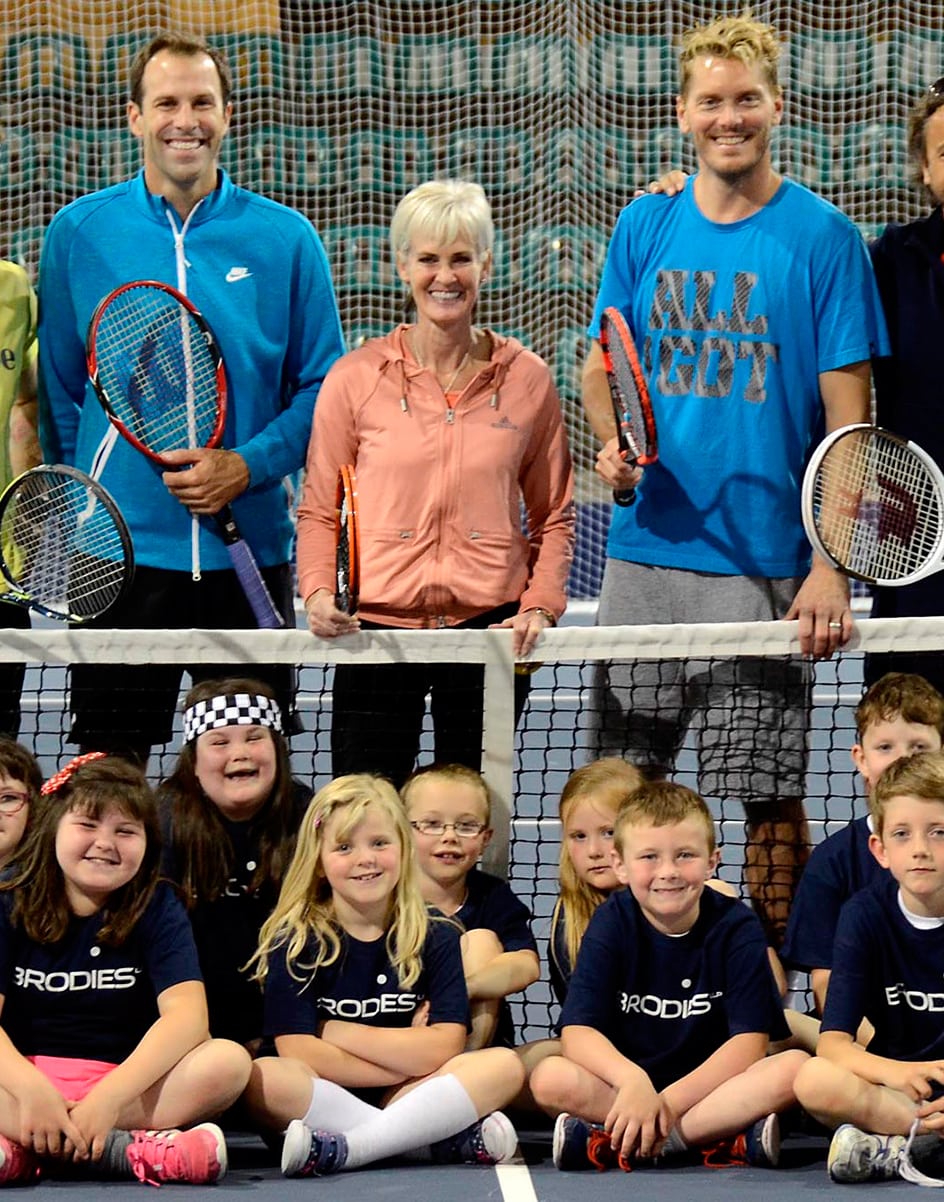